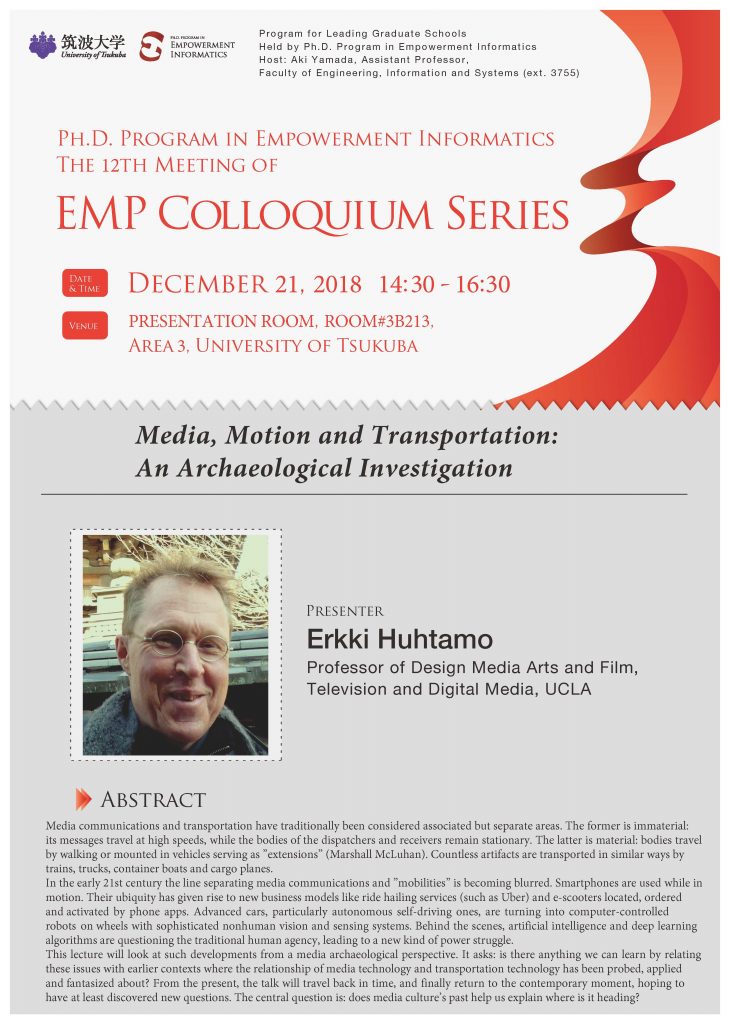 概要：Media communications and transportation have traditionally been considered associated but separate areas. The former is immaterial: its messages travel at high speeds, while the bodies of the dispatchers and receivers remain stationary. The latter is material: bodies travel by walking or mounted in vehicles serving as ”extensions” (Marshall McLuhan). Countless artifacts are transported in similar ways by trains, trucks, container boats and cargo planes.

In the early 21st century the line separating media communications and ”mobilities” is becoming blurred. Smartphones are used while in motion. Their ubiquity has given rise to new business models like ride hailing services (such as Uber) and e-scooters located, ordered and activated by phone apps. Advanced cars, particularly autonomous self-driving ones, are turning into computer-controlled robots on wheels with sophisticated nonhuman vision and sensing systems. Behind the scenes, artificial intelligence and deep learning algorithms are questioning the traditional human agency, leading to a new kind of power struggle.

This lecture will look at such developments from a media archaeological perspective. It asks: is there anything we can learn by relating these issues with earlier contexts where the relationship of media technology and transportation technology has been probed, applied and fantasized about? From the present, the talk will travel back in time, and finally return to the contemporary moment, hoping to have at least discovered new questions. The central question is: does media culture’s past help us explain where is it heading?